Selling homes for cash to buy cryptocurrencies, and taking advantage of other investment opportunities, often means acting relatively quickly. We live in a world where stock markets can turn on a sixpence. Opportunities arise and disappear very quickly, and time is very much of the essence. Recently we have seen the emergence of cryptocurrencies (often referred to as digital currencies) in investment and real estate.

Even though the idea of selling assets to acquire cryptocurrencies may not appeal to everyone, the performance over the last ten years has been stellar, to say the least.

While Bitcoin is synonymous with the term cryptocurrencies, there are now literally thousands of so-called “Altcoins”. These are effectively alternative coins to Bitcoin and, while many have played a small part so far, more of them are coming to the fore.

Many people may not be aware, but Bitcoin only emerged in 2009, with each “coin” originally worth a fraction of a cent. However, during 2010, the price increased to 9 cents per Bitcoin which was a considerable rise, but nothing compared to the increase coming!

It is fair to say it has been a rocky ride for the cryptocurrencies markets. While the rise since inception has been phenomenal, to say the least, there has been massive volatility over the last couple of years. From a fraction of a cent in 2009 to an intraday high of $68,990.90 in 2021, will we ever see the likes again? As a consequence of this risky, but potentially huge investment opportunity, many people are considering selling their homes for cash.

One of the most startling facts about Bitcoin relates to the first commercial transaction carried out on 22 May 2010. Computer programmer Laszlo Hanyecz used 10,000 Bitcoins, valued at $0.0041 a coin, to acquire two Papa John’s pizzas costing $41. At the peak value of Bitcoin, this transaction was valued at over $680 million or more than $340 million per pizza. We hope he enjoyed them!

Whether you are looking to sell property, acquire property, invest in shares or other assets, it is essential to consider diversification. It is no different when it comes to cryptocurrencies. As the above graph demonstrates, Bitcoin has shown extreme volatility of late – a reflection of the wider market. There are currently more than 5000 Altcoins, many of which are attracting the interest of long-term investors.

As we touched on above, while Bitcoin has undoubtedly grabbed the headlines with regards to digital currencies, there are others to consider such as:-

The Ether is the native cryptocurrency for the Ethereum platform. Conceived back in 2013, the platform offers a range of smart contracts in decentralised finance, commonly referred to as DeFi. In essence, the platform provides a range of financial services without third-party involvement. The person-to-person approach cuts out a range of extra charges and has also seen considerable improvements in transaction times.

Binance is the largest cryptocurrencies trading exchange, although it is fair to say it has a controversial past. The Binance Coin, introduced back in June 2017, is the native currency for the Binance exchange. It has helped to create an extremely liquid trading environment. This particular exchange has been the centre of regulatory action in recent months as the authorities look to reign in the power of the cryptocurrency sector.

The original Tether coin, formerly known as “Realcoin”, was introduced back in 2014. It was effectively an alternative means of trading Bitcoins, although, like many in this unregulated sector, it has attracted acclaim and controversy in equal measures. As the dust begins to settle, with the industry facing new regulations, the Tether remains one of the most heavily traded cryptocurrencies.

Using the cryptocurrency SOL, the Solana platform was founded back in 2017. Built on the concept of “proof of stake”, it has fast become one of the more popular cryptocurrencies. Able to accommodate what are known as smart contracts, often complex financial arrangements, the Solana platform can handle more than 50,000 transactions per second. As a result, many believe that this relatively young currency/platform will be the leading also-ran behind Bitcoin.

Selling your home for cash to buy cryptocurrencies

When looking at selling homes for cash to buy cryptocurrencies, we appreciate time can be crucial. Consequently, we work on transaction timescales of less than one month. This compares to up to 9 months for traditional property chain transactions. On occasion, we have been known to complete sales in just two weeks from the original agreement to receipt of funds.

The process is simple:-

1. Check to see if your property qualifies for our sell house fast for cash service
2. If eligible, you will receive an offer within 24 hours
3. A property visit by a professional surveyor will allow us to formalise our offer
4. Legal charges and additional fees are covered by us
5. Exchange of contracts and receipt of funds

While the cash for homes market has attracted some unwelcome criticism in the past, competition has seen a significant increase in offer prices. Consequently, with our price guarantee, we will beat any genuine offer from our competitors. Furthermore, using our team of legal/property experts, we can speed up transaction times while still maintaining protection for all parties.

While business entrepreneur Elon Musk was initially sceptical of cryptocurrencies, he seems to have changed his mind. Having built Tesla, the electric car manufacturer, to a peak market cap of $1 trillion, he has huge influence. Therefore, it will come as no surprise to learn that property brokers, rental agents, and others associated with the property sector now accept cryptocurrencies.

So, not only do we have people looking to sell homes for cash to buy cryptocurrencies, but digital currencies are now more common in the world of commerce. Moreover, we know governments worldwide are attempting to create a regulatory structure for the sector. On the flip side, some investors are sceptical about extended bouts of volatility. However, as the regulatory framework becomes more evident, this should reduce volatility, encouraging more confidence from investors, consumers and businesses.

It is fair to say that Bitcoin is not as common in the business world as it “should be”. However, things are certainly changing!

There was a genuine concern when the Financial Conduct Authority (FCA) effectively banned UK banks from dealing with cryptocurrency trading platform Binance. As a precursor to more formal regulations, the FCA has attempted to cut off the supply chain. Whether a fair move or regulation by stealth, this will depend upon your opinion of cryptocurrencies. However, we can say with certainty that cryptocurrencies are here to stay.

Eventually, when the FCA introduces more formal regulations for the industry, we will see greater transparency and increased confidence. Many are still forecasting significant upside in the price of Bitcoins. But the risk/reward ratio is still out of balance with traditional investment assets. However, with leading bodies such as the Chinese government and the Bank of England openly talking about introducing their own cryptocurrencies, things could change very quickly.

While the idea of selling homes for cash to buy cryptocurrencies would appear high-risk to many, timing is as ever of the essence. In general, from making an offer to receiving proceeds, we can deliver in less than one month, with some transactions taking as little as two weeks. In essence, here at Cashhouse, we have succeeded in making what is traditionally a reasonably illiquid market extremely liquid.

When investing funds, you must take professional financial advice. Historical returns from Bitcoin have been phenomenal, to say the least. However, the ongoing volatility illustrates the relatively high level of risk. 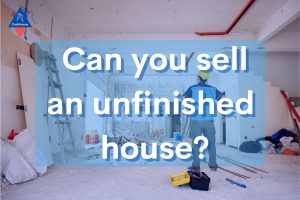 Can you sell an unfinished house?

If you have asked the question, “can you sell an unfinished house?” then you have found the right article. While the idea of selling an 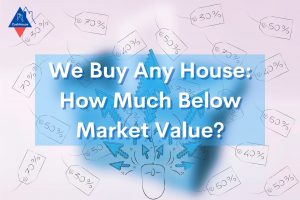 We Buy any House: How Much Below Market Value?

There are many reasons why you may look to sell your house for cash, such as paying for care, part of a divorce settlement, mortgage